The History of the Caldwell Chamber of Commerce

Today the Chamber works to be the voice and champion of all businesses within Caldwell, big or small. The Buckaroo Breakfast and Caldwell Night Light Parade are some of the Chamber’s biggest events, carrying on a tradition set long ago. 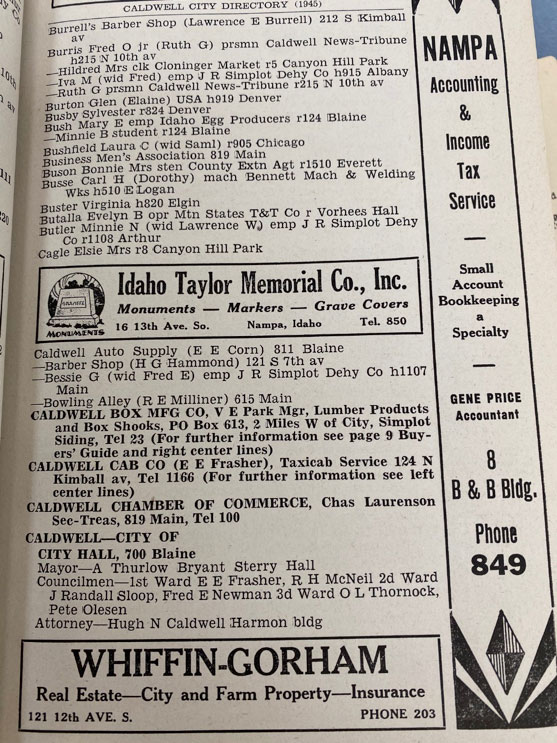 In the mid-1940s Caldwell Chamber of Commerce had moved to 819 Main Street, with a new telephone number, too. 100 would be the number you’d call then. 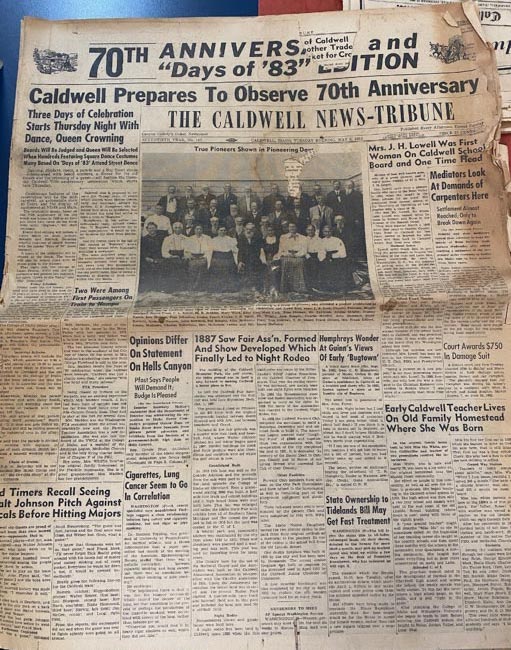 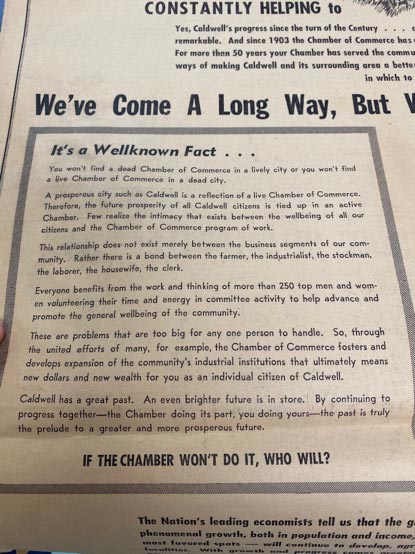 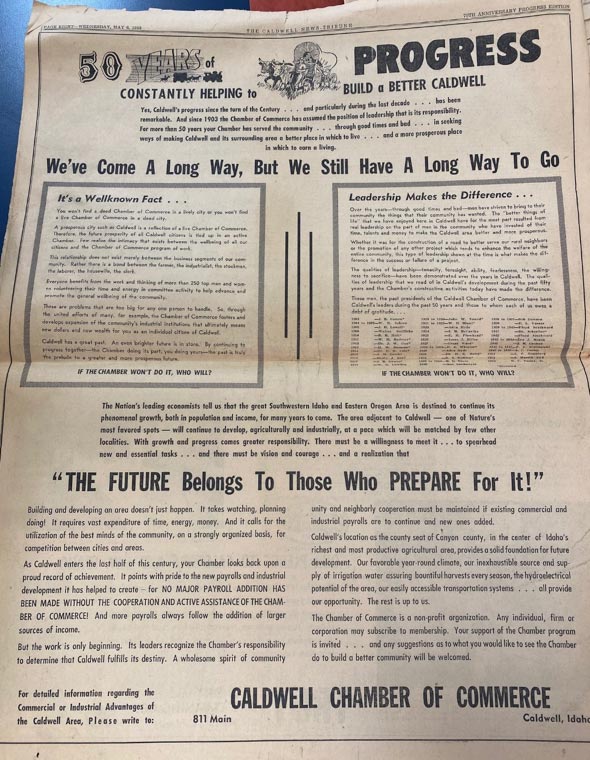 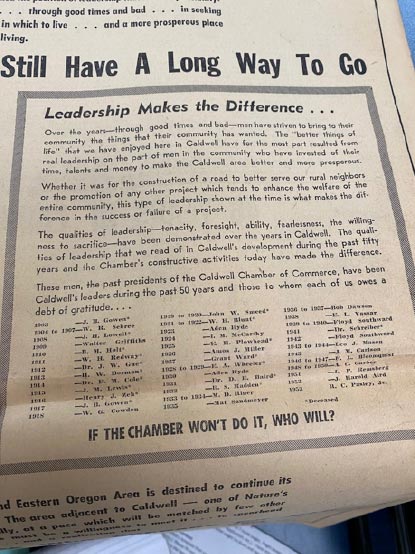 In the same paper as the 70th anniversary celebration for Caldwell, was this ad for the Caldwell Chamber of Commerce.
Now located at 811 Main Street. 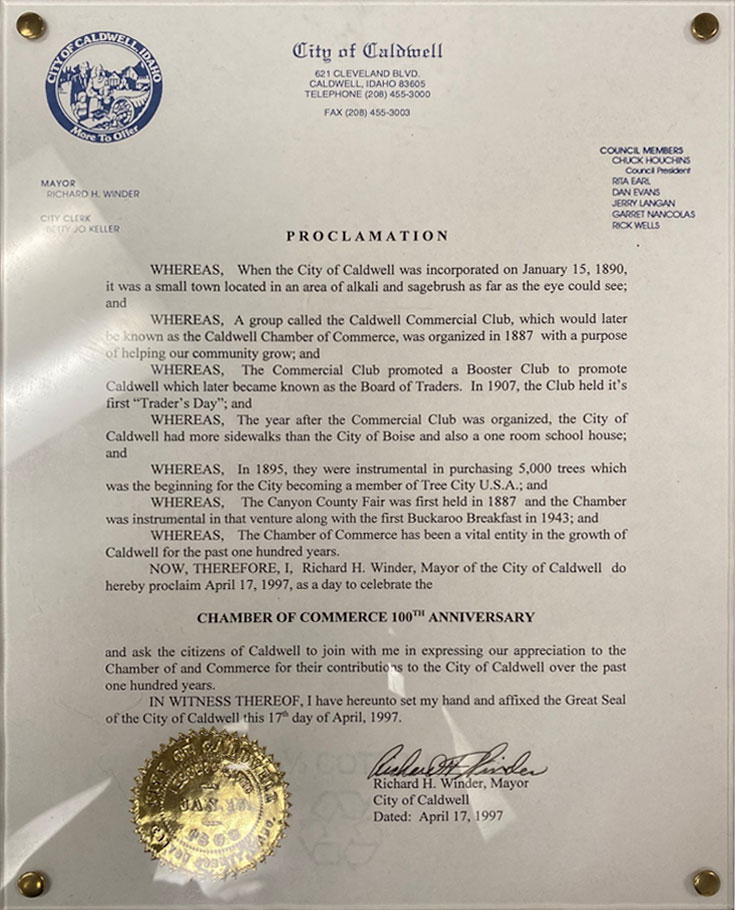 NOW, THEREFORE, I, Richard H. Winder, Mayor of the City of Caldwell do hereby proclaim April 17, 1997 as a day to celebrate the 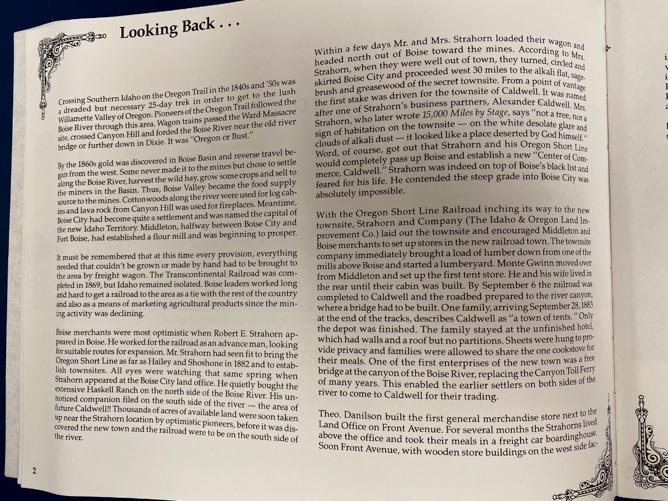 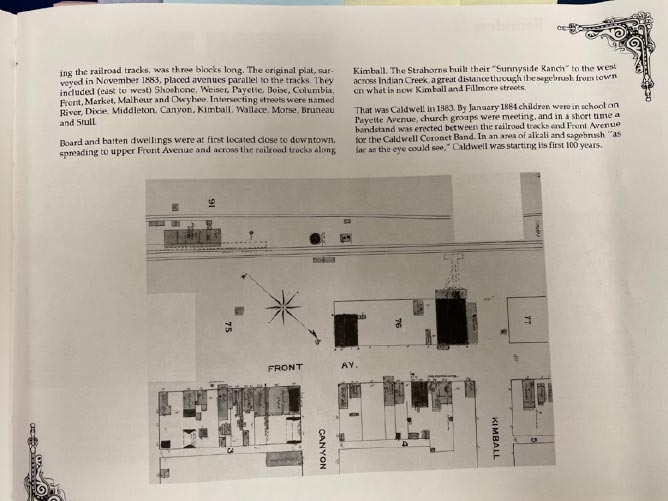 Thank you to local historian Chuck Randolph for providing the Chamber with these historic photos. Chuck’s depth of historical knowledge and interesting stories make our community roots richer and deeper.